What is Forced Marriage?

Forced marriage is illegal in the UK. But what exactly is it? And what can you do if you are taken abroad to be forced into marriage? 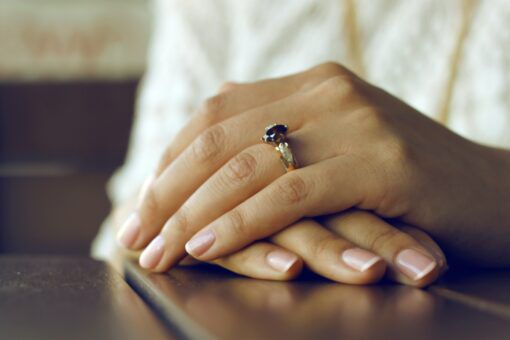 Everyone has the right to make their own decisions about when and who they marry.

A forced marriage is one in which one or both people do not consent to the marriage, but are coerced into it by their families or their community.

Sometimes, what starts out as an ‘arranged’ marriage can quickly escalate to a forced marriage. It is not uncommon for one of the participants to change their mind, even on the wedding day, only for their families to force them to go through with it.

In an arranged marriage, both participants give their full consent and enter the marriage willingly.

In a forced marriage, one or both participants enter the marriage without giving their consent. They go through with the wedding under duress from their families.

If your family is threatening you with violence if you don’t go through with a forced marriage, you should contact the police immediately. They will be able to assess your situation, advise you, and also refer you to support organisations.

Forced marriage is illegal in the UK. Under the Forced Marriage Act 2007, you can apply to designated courts in England and Wales for a Forced Marriage Civil Protection Order. Or you can ask someone to do this on your behalf.

These orders can be used to prevent someone from being forced into a marriage or to protect someone if a forced marriage has already taken place.

A person may be arrested if they breach an order. Read more.

What if forced marriage happens abroad?

If you are concerned you will be forced into marriage when abroad, contact us. Once you leave the UK, it is much harder to get help. However, there are steps you can take to improve your situation. Before you go, make sure you have:

If you are abroad and are being forced into a marriage, you or someone you trust should contact the nearest British Consulate, Embassy or High Commission. They will contact the Forced Marriage Unit in the UK, and arrange help.

If you are still abroad and want to return to the UK, but you don’t have a passport, please contact us. Provided you are a British National, an emergency passport can be issued. If possible, take note of your passport number before you leave.

The Forced Marriage Unit will make arrangements for you to come back as soon as possible. However, if you do have to stay abroad for any length of time, the British Embassy will help you. If you can’t afford to come home, the Foreign & Commonwealth Office will cover the airfare back to the UK.

If you were forced into a marriage overseas and then return to the UK, you may be worried that your spouse will follow you here. In this situation, you should contact the Forced Marriage Unit.