On 14 July every year, we remember those lost to Honour Based Abuse and we bring renewed hope to those who need it. 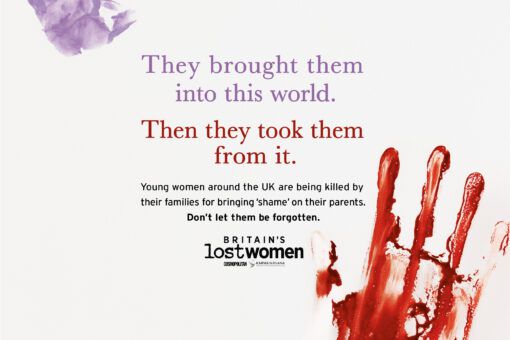 There are an estimated 12 ‘honour’ killings each year in the UK, although the exact number is unknown.

When a life is so cruelly cut short, some families and communities feel dishonoured and shamed, and choose to forget. Karma Nirvana, with the support of many other organisations and individuals, actively choose to remember and to celebrate those lost in the name of Honour Based Abuse.

In 2014, we joined forces with Cosmopolitan magazine, change.org and the advertising agency Leo Burnett to campaign for a national day of memory for victims of Honour Based Abuse.

In January 2015 a special edition of Cosmopolitan was created, inspired by Shafilea Ahmed who was murdered by her parents in 2003 after suffering years of abuse for becoming ‘too westernised’.

Copies of the magazine were sent to MPs in the House of Commons and support for the campaign came from thousands of people across the country. As a result, the government declared an annual national day of memory, to be held on Shafilea’s birthday, 14 July.

The first Day of Memory was held in 2015. Each year, we continue to remember the people we have lost, and we bring hope to so many more.

Karma Nirvana’s founder and Cosmopolitan’s editor with the special edition of the magazine honouring Shafilea Ahmed.
Our campaign for a national Day of Memory secured cross-party support and thousands of signatures from people across the country.