Child marriage is an invisible but thriving problem in Britain. Legal loopholes urgently need to be closed so all children are protected. 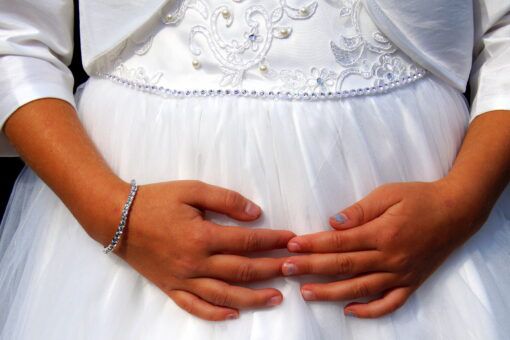 What is child marriage?

Any formal marriage or informal union between a child under the age of 18 and an adult or another child.

Child marriage is often viewed as a ‘developing world issue’ and one that takes place exclusively overseas. The reality is that child marriage is an invisible but thriving issue in Britain today. It is present in every single area of the UK but is hidden in plain sight. Since 2017, our national Honour Based Abuse Helpline has responded to over 400 cases relating to child marriage.

In England and Wales, children are able to legally register their marriages at 16 and 17 with parental consent. In our experience of supporting victims of child marriage, ‘parent consent’ is often synonymous with ‘parental and community coercion’. Many children are pressured into marriage and in some circumstances will normalise marrying under the age of 18, linked to conditioned customary expectations.

Zara is 12 years old. She told her teacher that her father was going to get her married and that she was scared. Zara was taken into care and her father was prevented from any contact with her.

Zara from Liverpool, who phoned our Honour Based Abuse Helpline in March 2020

It is important to highlight that registered child marriages at 16 and 17 are only part of the picture in Britain. The Office for National Statistics does not capture non-registered religious and cultural marriages that take place in the UK. Between 2020-21, we have supported 12 cases relating to children that experienced a non-registered religious marriage in Britain. These marriages are never reported nor captured by statistics, which is a significant barrier to protection and safeguarding.

In 2020 we produced a comprehensive report on the problem of child marriage.
Read the report